Truly Nolen cars are a staple in the Tucson landscape. But why are classic cars perched on random street corners with the words “TRULY NOLEN” painted on the side? We were on a mission to find out.

What are Truly Nolen cars?

Truly Nolen cars are one of the truly (yeah, we really said that) unique things about Tucson: classic cars parked all over Tucson with the words TRULY NOLEN boldly painted on them. There are more than fifty of these cars, turning the southern Arizona city into an unofficial outdoor car museum. They’re such a fixture that most locals take them for granted. Perhaps it’s because, with 350 days of sunshine per year, Tucson is one of the best cities in America to own a classic car. There’s hardly any rain and you certainly don’t have to worry about corrosive salt being put down on the roads to counter ice and snow.

But that still doesn’t explain why they’re here. As nice as the climate is in Tucson though, we’re not sure we’d leave a classic car parked outside permanently, certainly not a collection of 50 classic cars. But then again, we’re not mid-century extermination magnates. The cars are part of a quirky marketing campaign for the Truly Nolen exterminating company, a national company founded in Tucson by the eponymous Truly Nolen–yes, that was his real name. His siblings included Really and Sincere Leigh. (Seriously. And yes, really.)

The whole spectacle began in 1955. Young exterminating entrepreneur Truly Nolen’s car broke down while he was driving around town on business. Truly had to leave the car parked outside a mechanic’s garage for a week while he waited for his next paycheck to cover the repairs. Fortunately for him, that car had the company name and phone number prominently displayed on the side.

We met with Michelle Nolen Senner, the company’s current head of public relations (and Truly’s daughter), who told us, “During that period he received more calls than ever for new business. He loved marketing and he loved old cars, so he got an idea.” And what an idea that was.

From an idea to a marketing classic

Truly started acquiring cars and painting his name on the side. (In the late 50s these would have simply been used cars–who knew they’d become classics?) Then he began parking them at prominent intersections throughout town; in fact, they’re now known as “corner cars.”

The landowners welcomed the classic cars to their site; the conversation piece drew in new customers for their own businesses, many of which were auto-related, such as body shops and car washes. Some of the cars are paired up with businesses that inadvertently create a happy coincidence. For example, a 1956 Pontiac—with its iconic jet-wing hood ornament—is parked in front of a Jet Wash car wash.

Gradually the fleet expanded to more than 50 classic cars and continues to grow. At any one time you might run into a 1929 Nash Cabriolet or a 1934 Hudson and more, either parked around town or participating in various civic activities and car shows. The company gets the best response from chrome-filled cars of the 1950s and 1960s, like a 1950 Studebaker or the two-tone turquoise-and-white 1957 Nash Metropolitan.

People really like the cars with prominent tail fins that take them back to a 1950s malt shoppe.

Truly’s personal 1957 red-and-white Chevy Bel Air—his daily driver—is a valued artifact and kept at the company lot.  Senner recalls, “The first time I took it out for a drive was to a Starbucks. When I got back in the car I realized there were no cup holders!”

In 1961 the company started turning Volkswagen Beetles (no coincidence that an exterminating company used a car named after a bug) into “mouse cars,” complete with mouse ears on top and a tail in the rear. (A 1974 VW “mouse car” is one of the classics parked around town.) The next logical step? The “Mouselimo:” a stretch Beetle that made it into the Guinness World Records as the longest VW Beetle. As it’s an unusual car to stretch, there are only three in the world.

Vintage car lovers in Tucson can go on a cool scavenger hunt by driving around town seeking out these shiny classics parked on their prominent perches. While Truly Nolen passed away in 2017 at the age of 89, his legacy lives on with the corner cars.

PRO TIP: To see additional classic cars parked outside the Truly Nolen offices in Arizona, drive by 3636 E. Speedway Boulevard, Tucson, AZ 85716 or attend one of their car shows.

In a sort of homage to the Truly Nolen marketing model, other companies in Tucson also park classic cars out front with the company name on them. A first-generation Mustang painted with a Mexican flag is parked in front of the legendary Sonoran hot dog restaurant El Guero Canelo, while a 1937 Hudson Terraplane is parked outside Buck’s Automotive Repair. When asked if the latter still runs, the owner replies, “Every day. Everything still works, even the original radio.”  The car is a favorite find for kids who are playing Pokémon Go.

When it comes to marketing exterminating services, Truly Nolen definitely built a better mouse trap and created a unique feature of Tucson that everyone can still, well, truly enjoy. 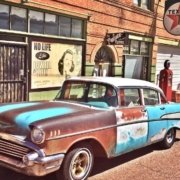 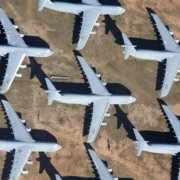 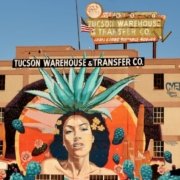 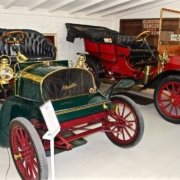 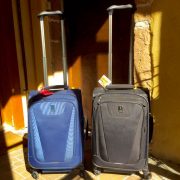