Ask someone about their favorite pizza and you’re likely to end up in a heated discussion. Some prefer New York, others Chicago’s deep-dish while New Haven white clam pizza often gets a nod.

For years I’ve been reading that Pizzeria Bianco in Phoenix, Arizona makes the best pizza in America. That’s a pretty bold statement. Since I’m a bit obsessed with pizza I scurried to Phoenix, with my somewhat jaded eyes wide open, to test the claims made about Pizzeria Bianco. (Phoenix also boasts another one of our fave eateries: Ted’s Hot Dogs.)

First a little background. Pizza chef Chris Bianco is a native New Yorker who moved to Phoenix in the 1980s. When Chris Bianco started Pizzeria Bianco in the back corner of a Phoenix grocery store in 1988, he had no idea that he would become a driving force in the artisanal pizza movement. All he knew was that his food would reflect the respect and sincere intention that he brings to each of his recipes, as the result of his relationships with farmers, local producers, customers, and staff. He had a gift for making pizza which he honed during a two-year stint in Italy.

When he returned to America in 1994 he opened Pizzeria Bianco and became a pioneer making artisanal pizza in the U.S. In 2003 Bianco won the James Beard Award for Best Chef Southwest in 2003. He was the first pizza maker (“pizzaiolo” in Italian) to be honored with this award. Accolades as “the best pizza in America” followed from the likes of the New York Times and Rachael Ray.

Bianco’s pizzas start out with high-protein flour, San Marzano tomatoes and house-made mozzarella. The pizzas are baked for three minutes at 800 degrees in a wood-fired brick oven and arrive at the table with the crust still crackling. Bianco’s devotion to fresh ingredients and locally sourced products is legendary.

The menu at Pizzeria Bianco is refreshingly simple: a few appetizers, salads and six pizzas. We went with the classic, a Margherita with just tomato sauce, mozzarella and fresh basil. Oh, and a side order of house-made crispy Italian bread and olive oil; you can never have too many carbs.

When the pizza arrived it looked like something out of a magazine on “What pizza should look like.” The crust had reacted properly to the extreme heat of the oven and was buckled with charred air bubbles, just how I like it. The basil was torn into big enough chunks so you still knew it was basil and the melted cheese made itself one with the bright red sauce. Underneath the crust was just how I like it; charred in bits from the brick floor of the oven.

The feel of the pizza was just right. I grew up in New York so I’m a pizza folder and each slice folded nicely. There was enough spring in the crispy crust that it didn’t crack. The crust had just the right blend of crispy and chewy.

The sauce gave a full tomato feel but Larissa thought it could have used some more seasoning, if there were onions in it we didn’t pick it up. Fresh mozzarella is usually more bland than regular so she also ended up sprinkling a little salt on her slice. I’m not as into salt so I went without.

At $17, the 12″ pizza was not cheap but with the bread dish we were able to fill up on a single pie at lunch. One pie probably wouldn’t be enough for dinner for two people but I couldn’t see spending $34 on two pizzas.

Is Pizzeria Bianco the Best Pizza in America?

But back to the original question, is Pizzeria Bianco the best pizza in America? It certainly ranks as one of our top pies and we’re glad we made it to Phoenix to check out what all the fuss was about. But “the best”? That’s such a tough questions to answer. Can there really be a “best” or a “best anything” for that matter? It goes back to personal taste, and just what type of pizza (or hot dogs, or ice cream or whatever) you like.

What important to note is that Pizzeria Bianco puts out a top-notch pizza, even 30 years after Chris Bianco first started tossing dough in the air. But it’s really not fair to make it live up to “best pizza in America” status.

If there were an “artisanal pizza family tree” in America, Chris Bianco would be at the roots. Today there are wood burning pizza ovens across America. Hundreds–if not thousands–of independent restaurants are serving up outstanding artisanal pizza on a daily basis. And that’s all because of Chris Bianco. He redefined what we think of as great pizza. And for that 1 reason alone, Pizzeria Bianco deserves the title of “the best.”

Where to find Pizzeria Bianco and other Chris Bianco Restaurants

Chris Bianco has five eateries in and around Phoenix: two focus on pizza, one is a casual sandwich/salad spot, one is a more traditional Italian restaurant, and the last is a bar that serves nibbles in addition to drinks. Following is a listing of the Chris Bianco Restaurants, along with addresses and opening times.

PRO TIP: The original Pizzeria Bianco (at Heritage Square) does not accept reservations, and there can be a long wait for a table. If you don’t like to wait, make a reservation at the Town & Country location.

Can’t make it to Phoenix, or just want to try whipping up some pizza of your own? Pick up Chris Bianco’s cookbook, Bianco: Pizza, Pasta, and Other Food I Like. Packed with tons of full-color photos and step by step instructions, this book is as much fun to read as it is to cook from! Purchase at Amazon.

Are you hungry for some more pizza? Check out this story about tasting pizza on six continents to seek the best pizza in the world. 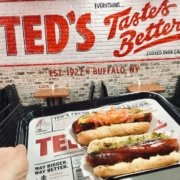 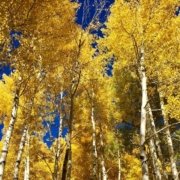 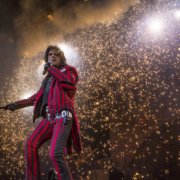 How to Choose the Best 4 Wheeled Suitcase
Scroll to top